Skip to content
SystanciaPressPress releasesThe Urban Community of Grand Besançon Metropolis, the City and the Social Action Communal Center of Besançon use Systancia Gate, a Made in France solution, to secure the telework of their employees

Paris, May 13, 2020 – Systancia, the European specialist in cybersecurity and application virtualization solutions, allows the employees of Grand Besançon Metropolis, the City and the Social Action Communal Center of Besançon to work from home using its secure Systancia Gate solution. This solution was provided free of charge – as a Cloud service – for the duration of the health crisis thanks to the partnership concluded with OVHCloud.

Local and regional authorities facing massive telework – The textbook example of the Urban Community of Grand Besançon Metropolis, the City and the Social Action Communal Center of Besançon

The Information Systems Division, a shared service of Grand Besançon Metropolis, acting on behalf of these 3 local authorities – which have 3,000 agents – deployed the Systancia Gate solution to meet the requirements of massive teleworking imposed by the context of the Covid19 epidemic and the general containment. Within a few days, the number of agents working from home had multiplied by six.

Two solutions had been implemented: on the one hand, providing agents with a professional laptop when possible and a VPNVirtual Private Network. VPN is a technology that simulates a local area network between two trusted networks. In practice this allows two elements (workstations, servers, printers, etc.) to communicate with... More solution; and on the other hand, allowing agents with no equipment to telework in complete security with their personal computers. This was possible thanks to the Systancia Gate solution, which provides secure access to the information system of the Metropolis.

By allowing a secure remote access – directly via the browser thanks to the HTML5 version -, Systancia Gate also addressed another problem identified by the ISD of Grand Besançon Metropolis: agents who do not have sufficient internet speed for their needs, particularly for working with large files or data and computer-aided drawing.

“All the job profiles of the three local authorities, Grand Besançon Metropolis, City and Social Action Communal Center of Besançon, have been concerned by the transition to telework whenever possible. All the departments had thus the opportunity to telework and continue their activities,” explains Alain MERCIER, Deputy Director within the Information Systems Division of Grand Besançon Metropolis.

“The Systancia Gate solution, based on the Zero Trust principle (ZTNAZero Trust Network Access. The ZTNA is a name describing products that apply a "Zero Trust", or lesser privilege, policy in the area of external access. The objective is to... More – Zero Trust Network Access), allows personal workstations to be used to enter the organization network (companies, administrations or hospitals). Deployed in just a few hours, Systancia Gate allows to provide to several thousand teleworkers the same working environment as the one used on a daily basis,” explains Christophe Corne, Founder and Chairman of the Executive Board of Systancia.

Massive teleworking: a rhythm of deployment that reflects the capacity of local authorities to adapt in times of crisis

The first weeks of containment imposed organizational changes to which the Grand Besançon Metropolis, the City and Social Action Communal Center of Besançon were able to respond.

“We’ve had various sequences during this general lockdown. During the first week, we were rather in a phase of service organization. We had to define the framework within which we would be able to ensure the continuity of our activities. The second week highlighted our ability to adapt to the massive telework that we had not previously considered, like all the organizations and institutions. It was during this second week that we validated and deployed our organization choice; this allowed us, during the third week, to return to a more sustained activity mode, despite the distance. We have therefore moved from a business continuity logic to a resumption of activities “as before” but remotely, thanks to the technical resources allowing teleworking,” emphasizes Alain MERCIER.

“We were able to continue working within the business continuity plan defined in our three local authorities thanks to a FRENCH security solution recognized by the ANSSIAgence Nationale de la Sécurité des Systèmes d’Information. The National Cybersecurity Agency of France (ANSSI) is a French government organisation reporting to the Secretary General for Defence and National Security... More. The Made in France dimension is an important point for us. Systancia Gate is a solution managed by the ISD and complies with the rules in terms of license use rights (I am thinking in particular of other well-known solutions often used in a professional context with free licenses for private, non-commercial use). It allows the co-existence of controlled workstations – because they are the property of the community – and uncontrolled personal workstations (BYOD), because they belong to our employees, particularly in terms of security. We have thus gained in fluidity and efficiency, to best meet our public service missions,” concludes Alain MERCIER.

The largest intermunicipal area in Franche-Comté, located in the heart of Western Europe on the Rhine-Rhône axis, near Switzerland, Grand Besançon Metropolis occupies a privileged position at less than 4 hours from the major European industrial regions with high technological value.

The most “Business Friendly” territory according to a recently awarded prize, Ville internet 5 @, Besançon has economic zones equipped with optical fiber and datacenter that offer companies operating in the digital sector optimal development conditions thanks also to an attractive commercial real estate cost at only 2h15 from Paris.

An economic area with 250,000 inhabitants, the Grand Besançon area has nearly 100,000 salaried jobs, nearly 30,000 students and a pool of just over 11,000 companies. Altogether, the Metropolis has 710 hectares of business space, of which 75 hectares are immediately available for companies and 170 hectares are planned.

As a community open to the world, Besançon shines by its quality of life at the service of its inhabitants and visitors. A resolutely contemporary territory, a land of technological, cultural, environmental and social innovations.

In order to stay in touch with their nearly 200,000 inhabitants, Grand Besançon Métropole, the City and the SACC of Besançon rely on the expertise and skills of their 3,000 agents. A local public service that is regularly renewing itself and recruits new employees.

At Systancia, we value ingenuity to innovate. We blend application virtualization, cybersecurity and artificial intelligence to create unique, award-winning and certified solutions. Behind every workplace, there is a person who deserves to be empowered and trusted. This is our belief and our goal. This is why hundreds of public and private organizations choose Systancia, to unlock the potential of everyone, in full trust. With all our R&D in France, we sell our application virtualization (VDI)An access window to a remote desktop or applications. The virtualization of desktops or applications consists of displaying applications or a desktop on the user's computer, which are installed or... More, private access (ZTNA), privileged access management (PAMPrivileged Access Management. PAM is a technology for managing access and authentication of authorized users, usually information system administrators, to administrative resources or applications. The main objective is to secure... More) and identity and access management (IAM)A set of processes that manage a user's identity on the network. Identity and Access Management (IAM) is the set of processes that manage a user's identity on the network.... More solutions across the globe, with our valued partners. 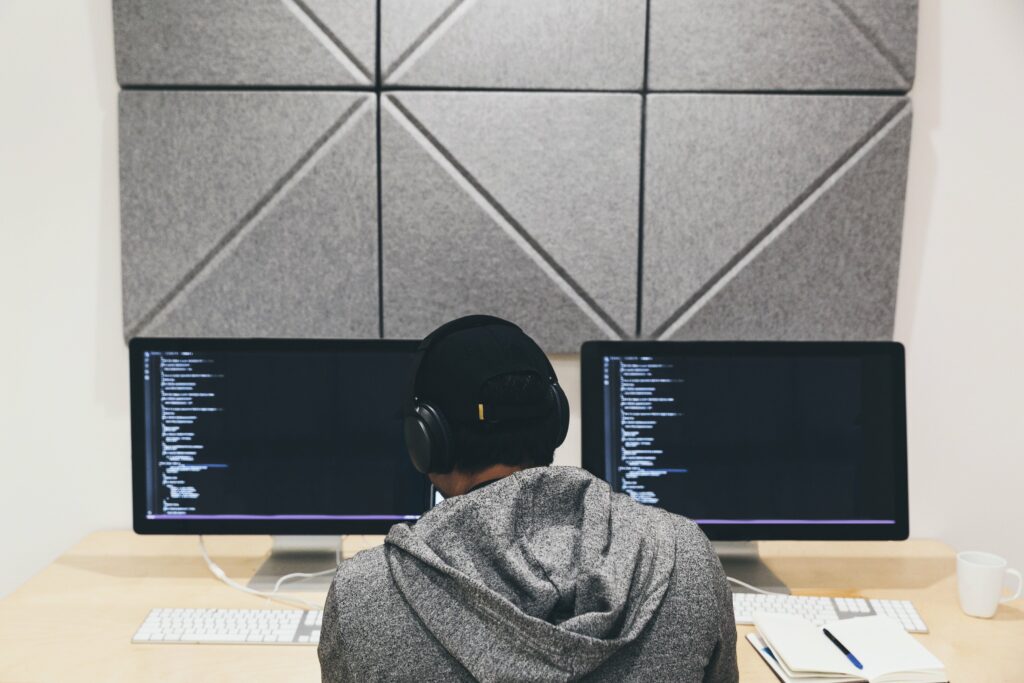 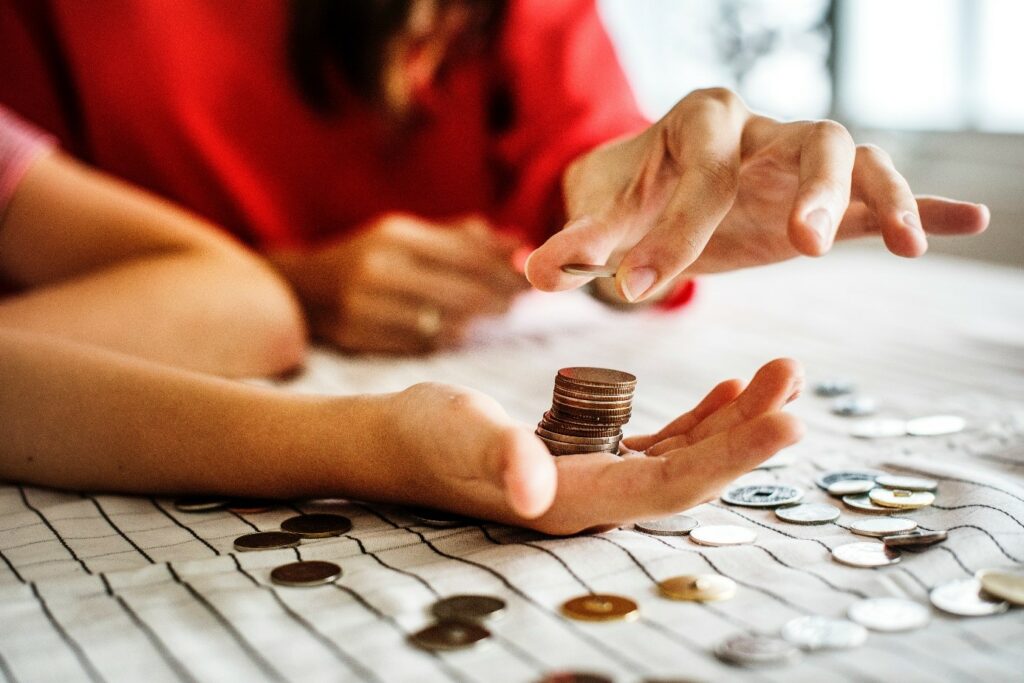